i am all over the place today and don’t even know where to friggin’ start! ok how about with….breakfast:

i’ve been saying i’m gonna post my updated morning bowl of oats recipe and i need to do it already. less talking and more action is what i’m putting into 2013.  i mean really. 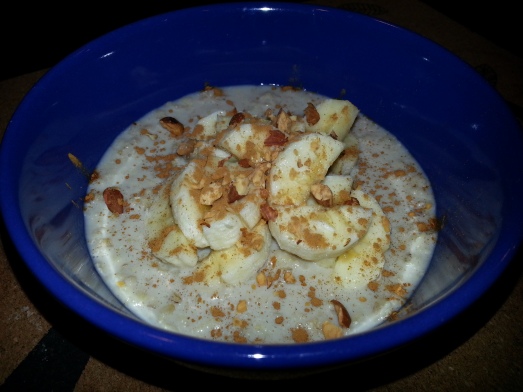 this particular bowl was made with unsweetened vanilla almond milk, real vanilla, vanilla creme stevia, and topped with bananas, chopped almonds, and a sprinkle of cinnamon ❤

bring the almond milk to a boil, add the vanilla, then add the oats. stir them around until every oat is wet lol, then turn your burner on low.  after 3 minutes it’s pretty much done!  i like mine not too lose, and not too tight.. so if a little liquid left is left that’s cool wit me.

**this is THE most basic way to make the oats…like ever.   when i post recipes in the future, this will almost always be the very base of the recipe…before i go crazy and start adding stuff all willy nilly.   sometimes i like to use 1 cup of almond milk + 1 cup of water which makes for one big huuuuuge bowl of oatmeal.  you know oats expand  in volume and soak up alotta the liquid it’s cooked in, so it’s like you’re eating more but really, you’re not.  i usually add a heaping tablespoon of cinnamon in there too- i like A LOT.  now, the toppings are endless i tell you, ENDLESS.  i usually do bananas (as if you didn’t know lol) but apple chunks and raisins, and blueberries work well as far as fruit goes, and all kinds of nuts pair well too.  my fave are almond, pecans, and pistachios.  a lot of people throw in a big scoop of nut butter (PB2, the real thang, almond butter, etc.) which adds incredible flavor. add what ya like!!!** 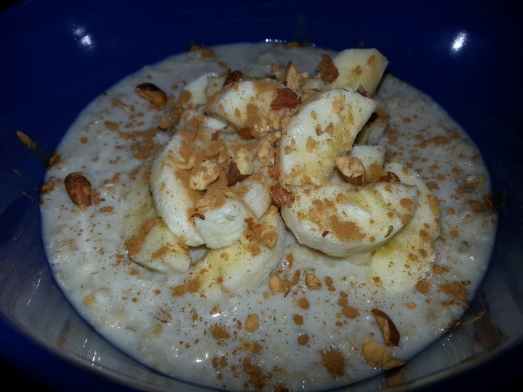 here’s the break down on the types of oats so you won’t be in the bulk aisle lookin’ clueless:

old fashioned – not that great for smooth pancakes UNLESS you grind them first.  even when making a bowl of regular oatmeal, they don’t soak up much liquid, and take the longest to cook.

quick cooking / rolled oats  (1-3 minute cooking time) – these are pressed old-fashioned oats into thinner flakes which makes for a quicker cooking time, hence the name.  they work best for pancakes IMO. makes a huge difference in the texture of your cake.  buuut again, if you grind them up first, it doesn’t really matter now does it!

steel-cut – chopped up oat groats. (oat groats are the real whole oat, hulled and unprocessed). they produce a rougher, chewier bowl of regular oatmeal and take as long as old-fashioned oats to cook…maybe longer.

instant – i don’t do instant and you shouldn’t either 😯

after breakfast, i hit the gym and worked on my core, glutes, and ended with a little cardio.  you remember that ab machine that looks like a little tire wheel with two handles on either side? we had one of those growing up lol! the thought of my parents attempting to use that thing back then is HILARIOUS to me now.  matter fact, i don’t even remember anybody using it correctly, ever.  i like the cooler looking one above- i saw somebody else with one and grabbed one too.   i did 5 reps of 10 of these and was feelin’ it by the 2nd set, MY GOODNESS.

then, grocery shopping! yeah i had a pretty awesome day! got lots of fresh produce and restocked Produce Island (e.g. my kitchen island, even though you prolly figured that out).  i have a lot of work to do in my test kitchen this month:)

aaaand of course i restocked my snack corner too. all good stuff, i promise.

sooo, yesterday i made nachos for lunch. not just any nachos though,

then went to work with my grill pan.  before i started that, i sliced up  some of my low carb La Tortilla Factory soft wraps, put them on a baking sheet, and cooked them until they were crispy. 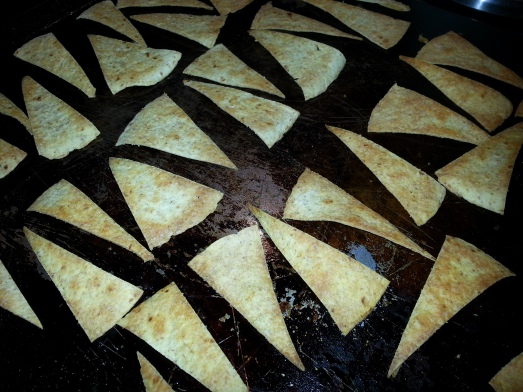 semi-homemade chips, shredded kale, chopped roma tomatoes, green onion, cilantro, shredded almond cheese, and SCRIMPS! i only had one small corner of almond cheese left and nachos MUST HAVE CHEESE! i scrounged up what i could, but they were still so good!  next time, way more cheese. way more. 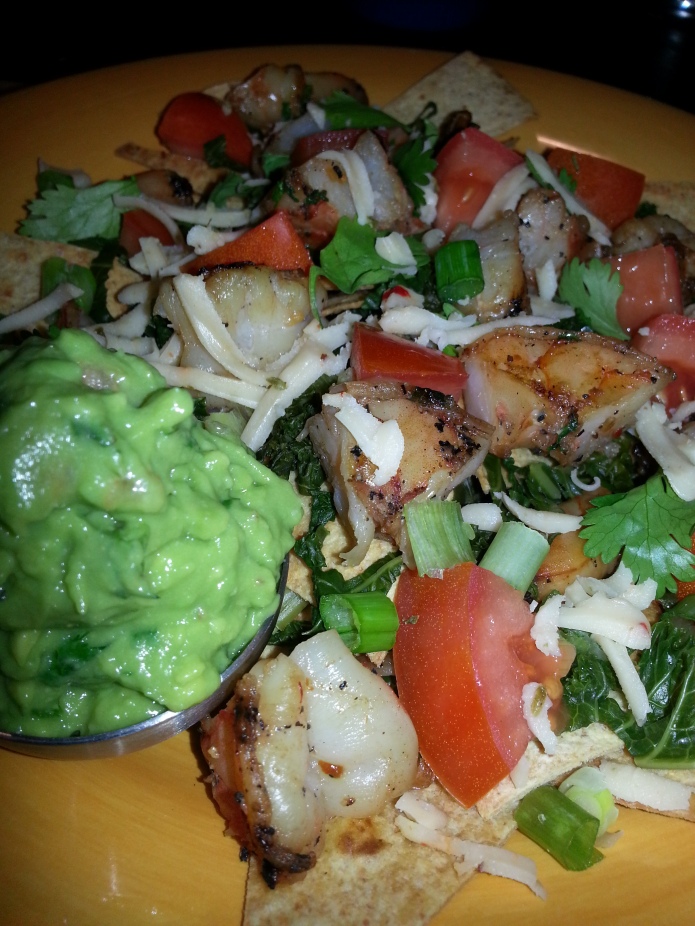 so i taught my very first class of 2013 this past Wed- i subbed a weight’s class for another instructor and got my burn ON baby! 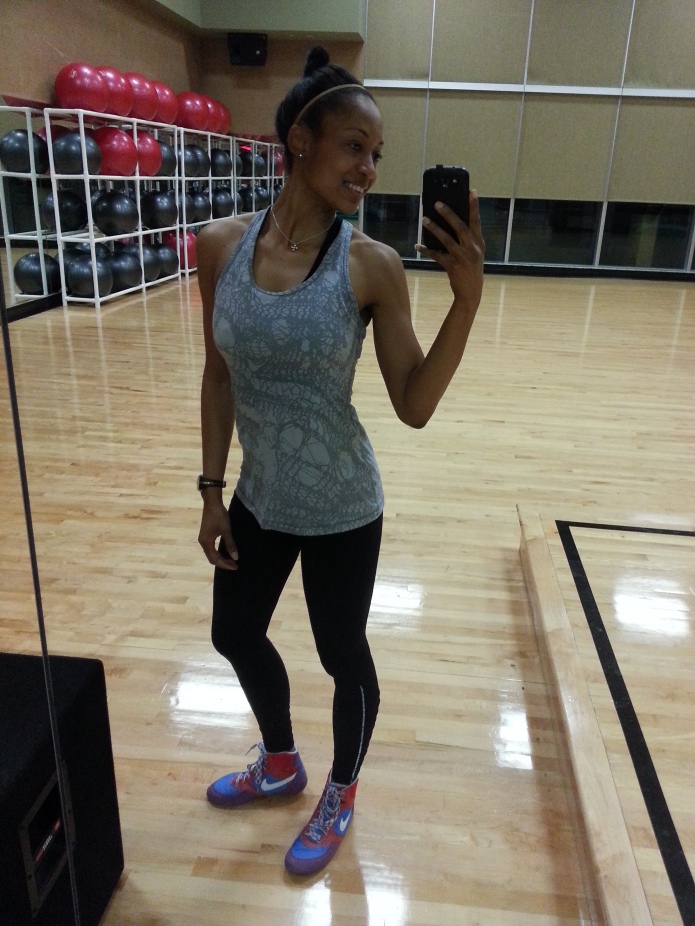 i also realized that this is the beginning of my 5th year as an instructor. MY how time has flown. i have super-duper BIG news for my Houston area readers and gymers- just you wait!!

all these progress and throwback pics on IG have me going back looking through my own photo archives these days!  i came across this one from Sonny’s frat brother’s wedding in 2011.

fluffaaaaay!  and look at my posture:( however, my boobs were so heavy from breastfeeding.  i was darn  near hiding behind Sonny!!   i felt and definitely looked self-conscious and unconfident. i said on IG that Chiso was less than a year when we took this, but i later realized that he was 4 months old at the time.

now, it didn’t take me an entire year to trim down to this size, but it’s something very gratifying about being able to look back to see where you WERE.  one bikini comp down and a current, consistent exercise/nutrition off-season regiment and i’m grabbing a fist full of that dress behind me cause it won’t stay up on its own these days!  i can finally say i’m content with my body; i’m staying right here. HEY Chiso, dang!!!!!!!

never, ever limit exercise to physical benefits only; i tell people this over and over again!  exercise reduces stress… it’s an escape.. it’s a form of therapy.  along with looking fitter, it makes you FEEL better emotionally too.  i even sleep better!  this is why i was ITCHING to get back into the gym after having to sit down and recover from my dental surgery.  all of  those reasons above!

so, other than the physical benefits, WHY do you exercise?  (2013 gym newbies AND veterans!) 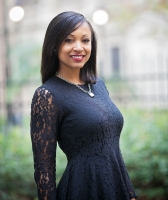 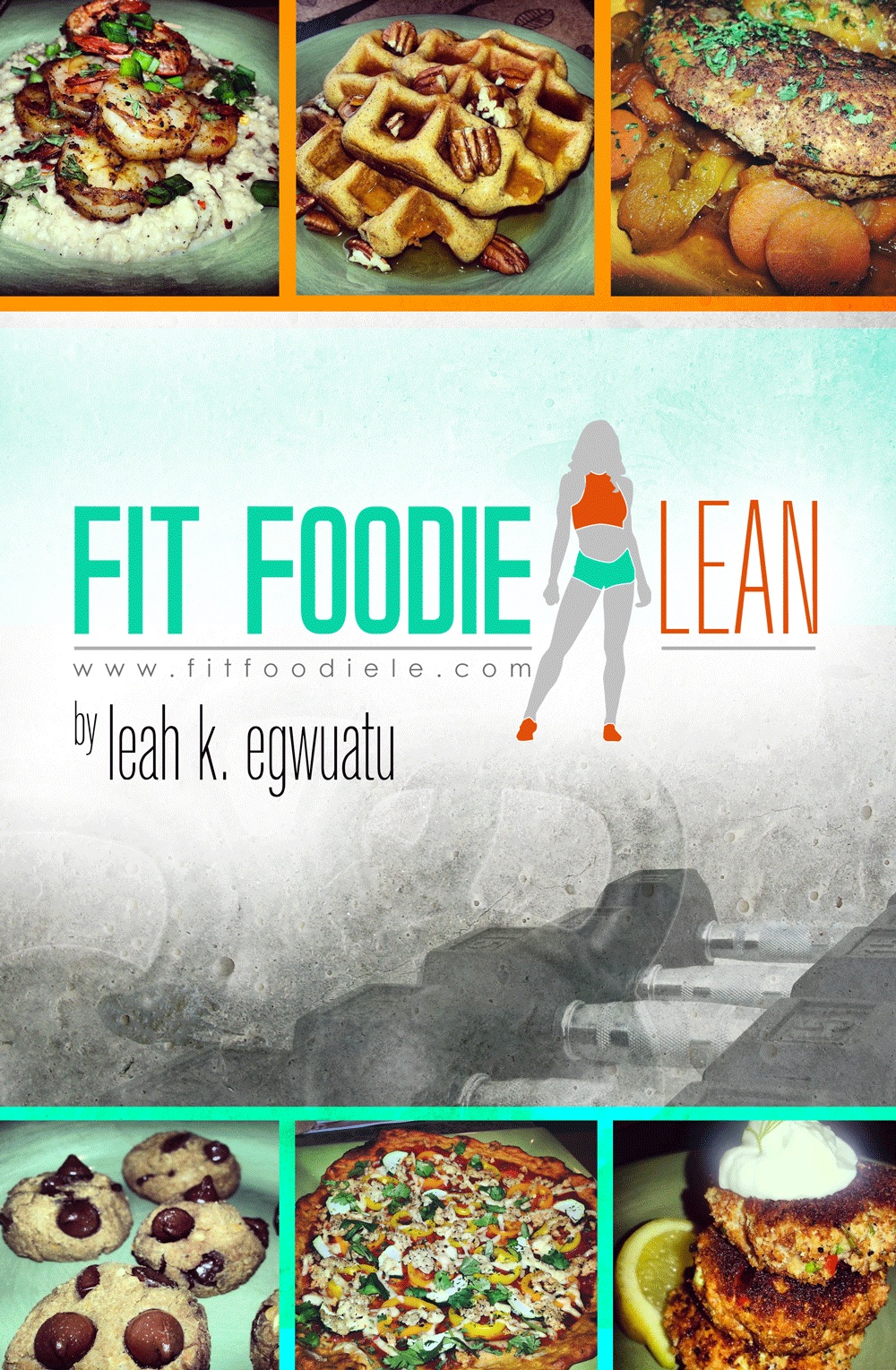 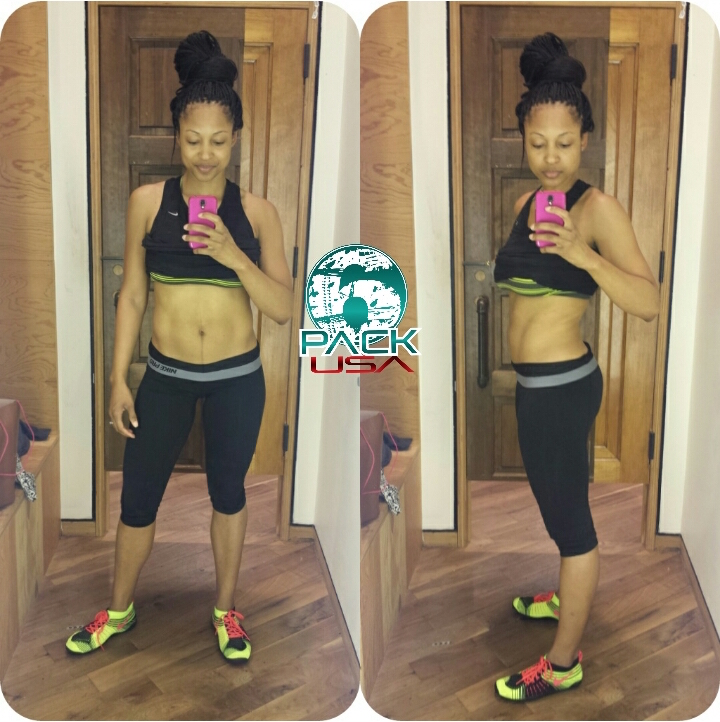