that post title is false advertisement.  i was so excited to blog from our plane headed to Jamaica to celebrate our 5th anni that i started the post early, from home!  however…….. after all the hustle and bustle of the previous night (we had a FANTASTIC time and did well at our first bodybuilding show!!!!! details in my next post) that we naturally *sigh* overslept and missed our WI-FI enabled first flight. UGH. the second flight, which only left 1 hr later, was not wi-fi enabled because well, that’s just how things go.  SO, Sonny and i actually spoke to one another (cause people still do that 😯 ) about the weekend’s events, the highs and lows of training under one roof, our bodies then and now, how we felt on stage, how each other looked on stage, future shows, etc… yeah we had lots of time to catch up as life has finally slowed down a little.

i can’t shake this ‘i need to be prepared for anything’ feeling, which is a good thing though.
i knew i wouldn’t go completely HAM on sweets so soon after the show, so i packed some healthy stuff for our trip a few days beforehand to make this a gradual thing: 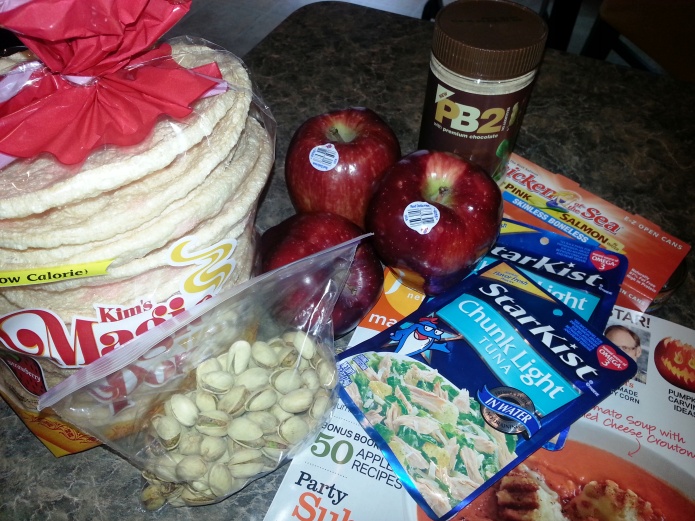 not gonna lie- even though we woke up super late and rushed out to miss our flight, i still had my oats and bananas lol!   i really WANTED them though and didn’t have time to get creative and make something else anyway.  we had a quick layover in Charlotte, NC, and it was there where i was reunited with the dairy food group again after over 3 months. i had an unused Starbucks gift card from Christmas, so i whipped it out and ordered a fruit cup and one of my fav drinks- a skinny vanilla latte. 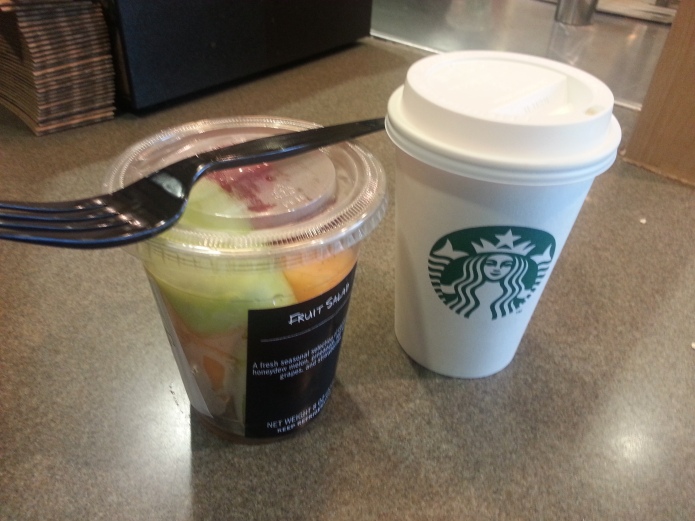 so, even on vaca, and i said i was gonna try and stick to 5-6 balanced meals a day, but also indulge and live a little! with everything being all-inclusive (unlimited food and drinks EVERYWHERE) this is hard.  not doing TOO bad so far though- there are different menus everyday, so i’m grateful for the variety.  for breakfast, there’s a live omelette bar- was so excited to see that!! can you guess what i’ve been ordering? haha

they only have *GASP* instant oatmeal which is disgusting and tastes and looks like wall paper paste. maybe even worse. i see why some people might be turned off by oatmeal if they ever have this stuff when eating oatmeal for the first time, my goodness. i mean it was BAD.  there aren’t enough toppings in the world to mask a bowl of that stuff 😯

my lunches and dinners have been looking a little like this: salad, 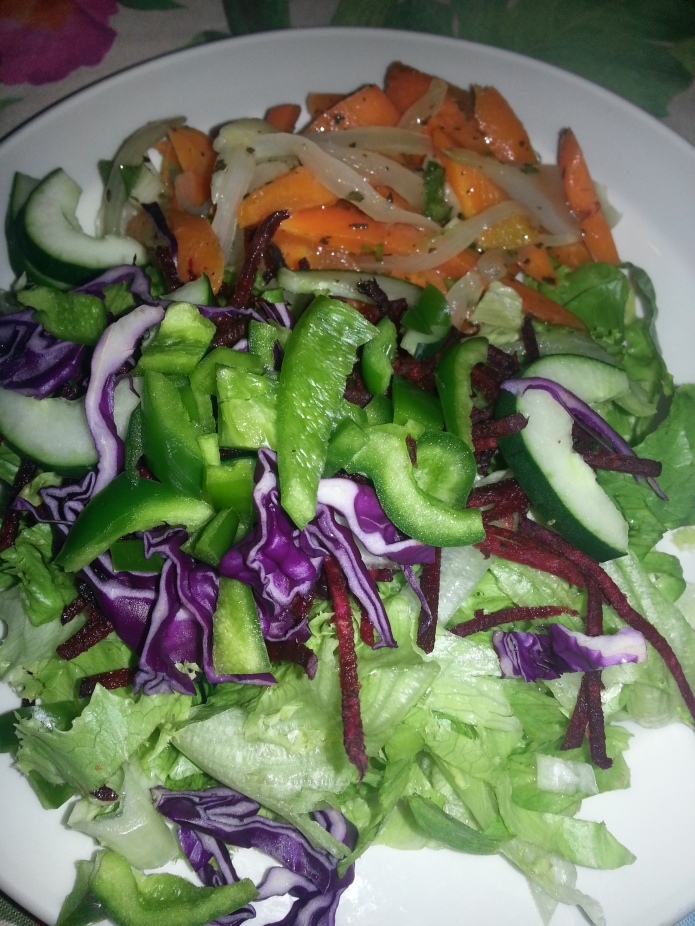 and yes that’s a slice of cheese pizza lol- i said on IG that i’ve had a slice with every meal so far except breakfast and that is still in effect! 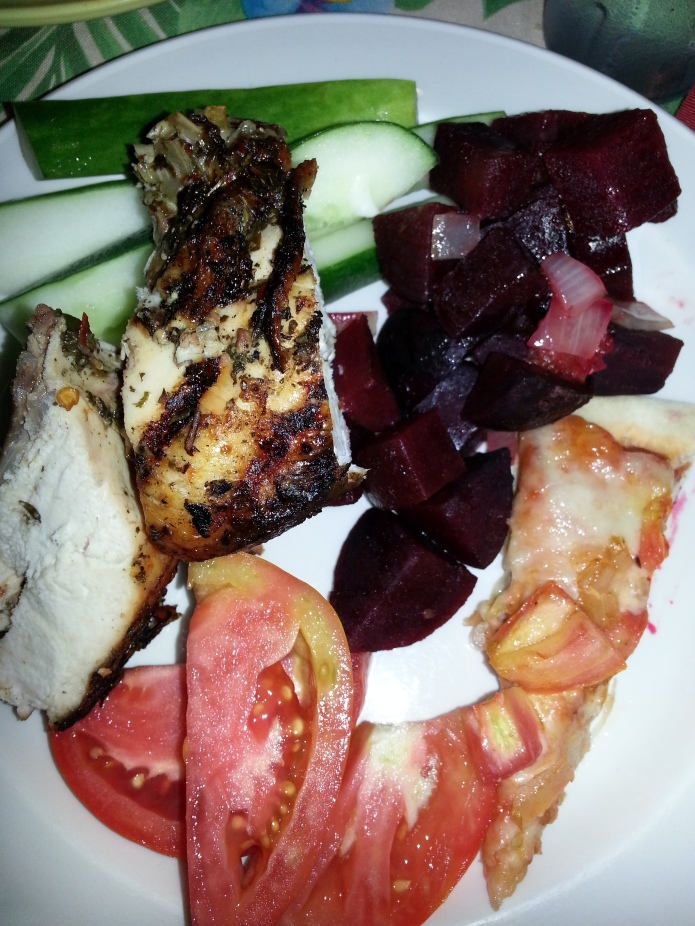 have we been indulging? DARN RIGHT. they don’t just put out one dessert as you can see.  i made us a sample plate and well, we got our sample on.

there is a poolside grille that is open til 1 am (they shouldn’t have told us that) and we took advantage right away.  fried fish and french fries – we split this though!

the buffet people see us coming a mile away LOL. we are always right on time for every meal!

having a really good time so far and i can’t wait to post about our show.

for now, back to Jamaica! 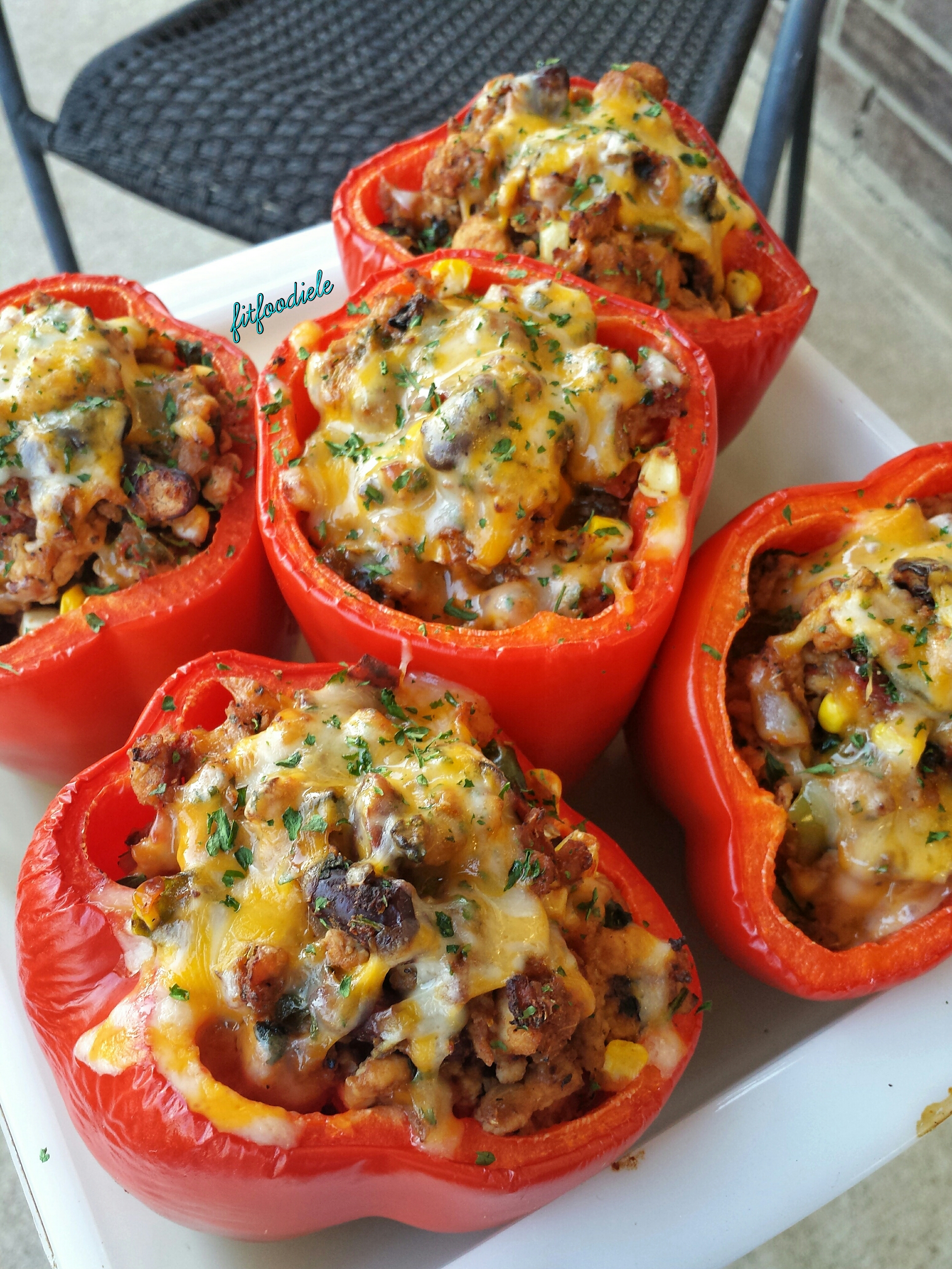